Great Bed of Ware. On display at the Victoria and
Albert Museum, it originally measured 18 feet six
inches wide by 12 feet long and was elaborately carved
and canopied. And could accommodate 68 people.

10,000 years ago, in the Neolithic period, people began
sleeping on primitive "beds."

3400 BCE. Egyptian pharaohs discover the benefits of
raising a pallet off the earth. King Tutankahmen had a
bed of ebony and gold. Common people slept on palm bows
heaped in the corner of their home.

Roman Empire. Romans discover the waterbed. The sleeper
would recline in a cradle of warm water until drowsy,
then be lifted onto an adjacent cradle with a mattress,
where they would be rocked to sleep.

Renaissance. Mattresses were made of pea shucks or
straw, sometimes feathers, stuffed into coarse ticks,
then covered with sumptuous velvets, brocades and silks.

Louis XIV was inordinately fond of staying in bed,
often holding court in the royal bedroom. Reportedly,
he owned 413 beds and displayed a special liking for
the ultra spacious and ostentatious variety.

16th and 17th centuries. Mattresses were generally
stuffed with straw or down, placed atop a latticework
of rope. 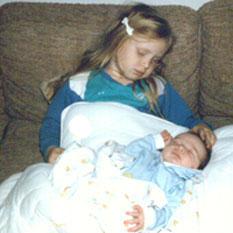 The late 18th century. Advent of the cast iron bed and
cotton mattresses. Together, they provided a sleeping
space that was less attractive to bugs. Until that
time, assorted vermin were simply accepted as an
accepted component of even the most royal beds.

1865. The first coil spring construction for bedding
was patented

1930's. Innerspring mattresses and upholstered
foundations became serious contenders for the dominant
position they now enjoy in the U.S. and Canada.

1950's. Foam rubber mattresses and pillows appeared on
the market.

The expression "sleep tight" comes from the 16th and
17th centuries when mattresses were placed on top of
ropes that needed regular tightening.

become popular with consumers. A waterbed, water mattress, or flotation mattress is filled with water. Waterbeds intended for medical therapies appear in various reports through the 19th century. The modern version, invented in San Francisco and patented in 1971, became an extremely popular consumer item in the United States. 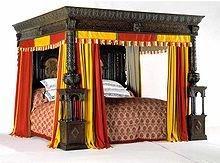 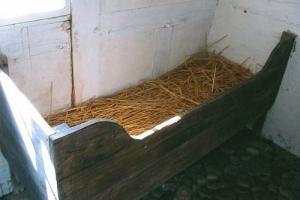 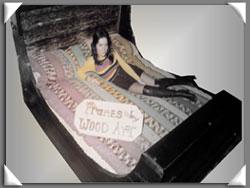 990's. Spacious sleeping is once again on the rise. In
1999, the queen-size mattress became America's most
popular choice for mattress size.

Today's mattresses only try to achieve what water does      naturally !

No matter what you have slept on in the past...straw or down, reeds, hay, wool, feathers, foam, cotton futons, or innersprings...  no other mattress provides such complete tranquillity and even support like a waterbed.

A normal healthy sleeper moves 40 to 60 times a night. Research has proven while sleeping on water there are less pressure points on the body, resulting in less tossing and turning.

Everyone dreams several times a night during REM (rapid eye movement) states, which occur four or five times a night.

A cup of coffee after dinner can keep you wide-eyed for up to six hours.

Exercise can help you sleep better if you work out in the late afternoon.

The most common sleep problem in the United States is daytime drowsiness.

"Night owls," who feel most energetic late in the evening and can barely get out of bed in the morning, (like a special daughter of mine), have body temperatures that peak later in the day than other people's do. They take longer to warm up and feel wide awake-a basic biological difference from "morning" people, whose temperatures rise early in the day.

Two people sleeping in a traditional full-size bed each have only as much room as a baby's crib would provide.

The holder of the record for most beds is Louis XIV of France, 413.

The ideal room temperature for a good night's sleep is the mid-60 degrees.

Sleep research indicates that short sleepers - those who sleep less than the average seven to eight hours a night- tend to be more extroverted, efficient, ambitious and self- confident. You need less sleep on water.

The Bed in History

Comfortable, supportive mattresses are something most
of us take for granted. We don't think about how
they've evolved over time. Here's an eye-opening lesson
on the bed throughout history and in more modern times.
So lie down and let us tell you a story.